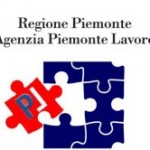 The entity has a public legal personality, has financial and accounting autonomy within the resources allocated from the regional budget. Operates according to the procedures, resources and organization provided by the regional norm. Collaborate to achieve the integration of employment policies, training and career guidance, education and social policies with the policies of economic and social development.

The standards used on the Web even more, just because of the general lack of reference points stringent or at least widely shared, standards and references (W3C, ISO …) are greatly in a market, such as those who work on the Web, in which all of its employees until recently they were called in the same way (Webmaster, Web Designers …) while performing duties and tasks as diverse, which has always been difficult to compare different knowledge and skills among professionals, and in which up to a few years ago there were no professional profiles up to date and reliable, such as IWA Canada Web Skills profiles, published in July 2010.

Support our work with a donation: this will help us to guarantee web skills profiles localization in different languates, for creare a real international standard.

This website uses cookies to improve your experience while you navigate through the website. Out of these, the cookies that are categorized as necessary are stored on your browser as they are essential for the working of basic functionalities of the website. We also use third-party cookies that help us analyze and understand how you use this website. These cookies will be stored in your browser only with your consent. You also have the option to opt-out of these cookies. But opting out of some of these cookies may affect your browsing experience.
Necessary Always Enabled

Any cookies that may not be particularly necessary for the website to function and is used specifically to collect user personal data via analytics, ads, other embedded contents are termed as non-necessary cookies. It is mandatory to procure user consent prior to running these cookies on your website.